Shel Silverstein, the late children's poet who wrote Where the Sidewalk Ends (and the pop song, "Cover of The Rolling Stone"), and Patsy Grace initially collaborated on the idea.  Not long thereafter, he passed on.  Patsy completed the project as a verse book with photos of puppets she made illustrating the text.

The adaptation refers to two sources, "The Wise Little Girl" by Aleksandr Nikolaevich Afanas'ev and "The Peasant's Wise Daughter" by the Brother's Grimm.

The Sophists were wise.  Owls are wise.

"What distinguished the Sophists was that they were not practitioners of a trade, but itinerant tutors who claimed to teach all that was necessary for success in public life. In practice they mainly taught rhetoric and related fields such as grammar, history, and literary criticism."

Sophists include Protagoras, Gorgias and Antiphon.

rehearsal photos of Regina Spektor and Peter Dizozza below by Linus Gelber from Charas interior. 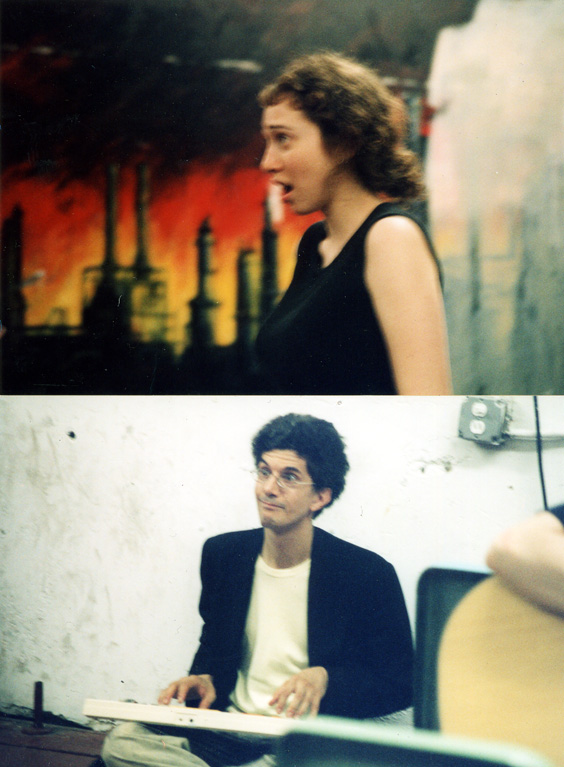 Here are the postcards Front Back