an interaction between the Floaters, Farmers, Flyers and Flames. Script, music and Songs by Peter Dizozza, 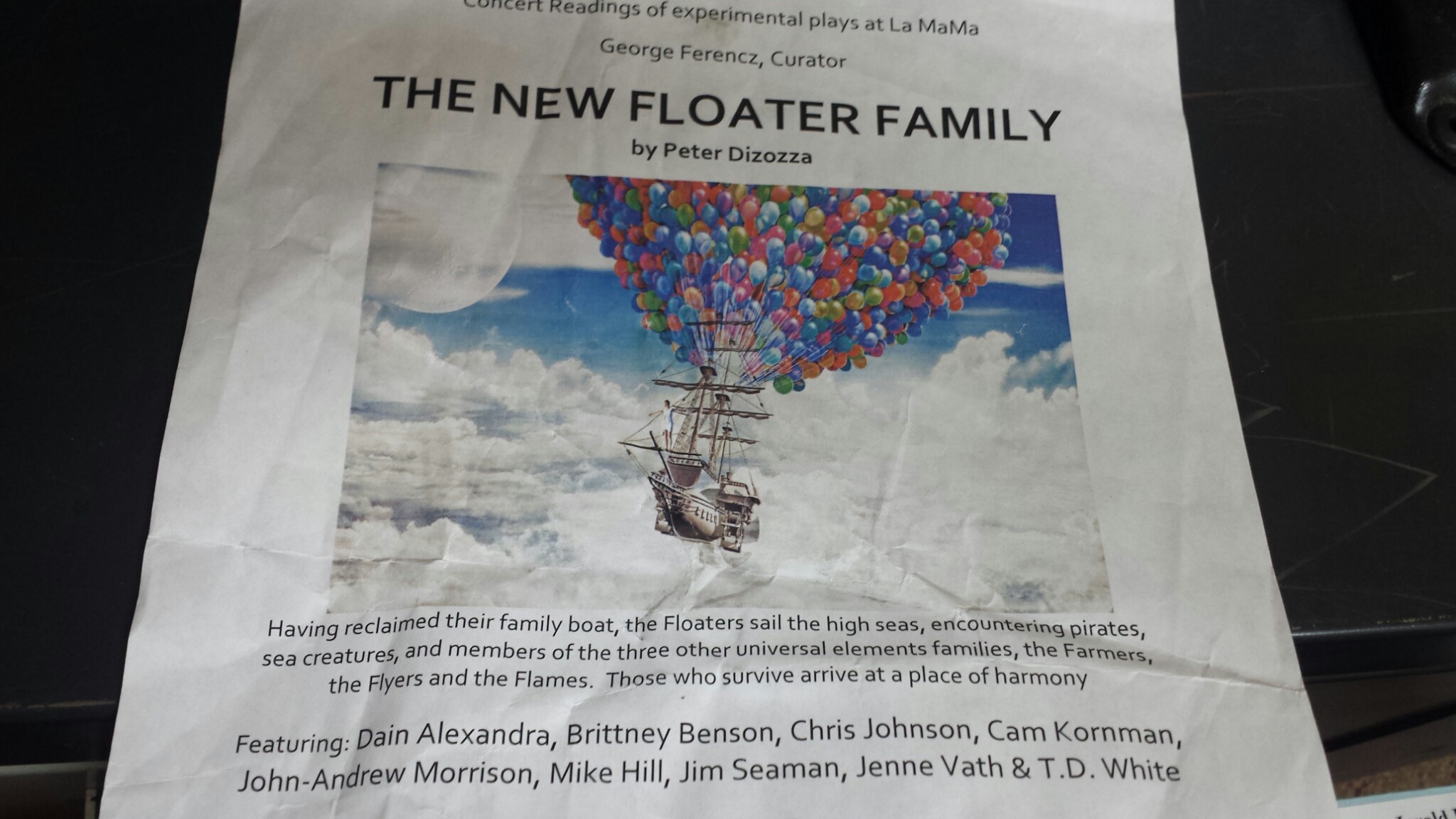