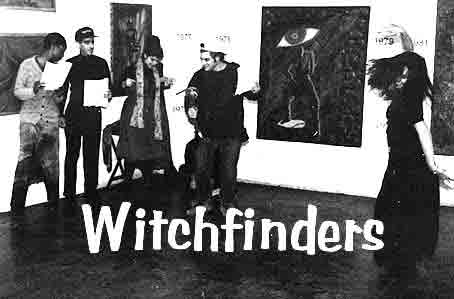 "The Conqueror Worm," as some of you know all too well, is called, in England "Witchfinder General."  I like the scene of the two conmen (Vincent Price is one of them) strolling through the village which they intend, through stimulation of religious hysteria, to conquer.   They certainly do hold one another in the highest regard.

I hold in the highest regard the film, "Ghostbusters."

From "Miss Tallulah Bankhead" by Lee Israel, Putnam, 1972:  "... demons breed best in the Stygian dank of frustration and personal unhappiness."

Witchfinders began as a novel.  There have been three stage presentations, two at La MaMa La Galleria and one at Square One.