Produced and directed by Thomas Caron.  Choreography by Elaine Martin

I was in Germany while rehearsals took place in New York.  The year was 1992.  The theatre group, Matinee Idyll, heard my music for Legs Like These and hired me to write music for the song lyrics in Shakespeare's The Tempest.  I provided them with tapes and sheet music.  They sang to taped accompaniment.

My sister, Monica, and I recorded an ad hoc soundtrack to the score. Have a listen!

"Come unto these yellow sands/Full fathoms five thy father lies"

"While you here do snoring lie."

"Where the bee sucks, there suck I."

Matinee Idyl produced the play for touring of parks in New York City.

The following photos are from their performance in Karl Schurz's park.  (It's amazing how much better than the photos from which I scanned them that they look!) 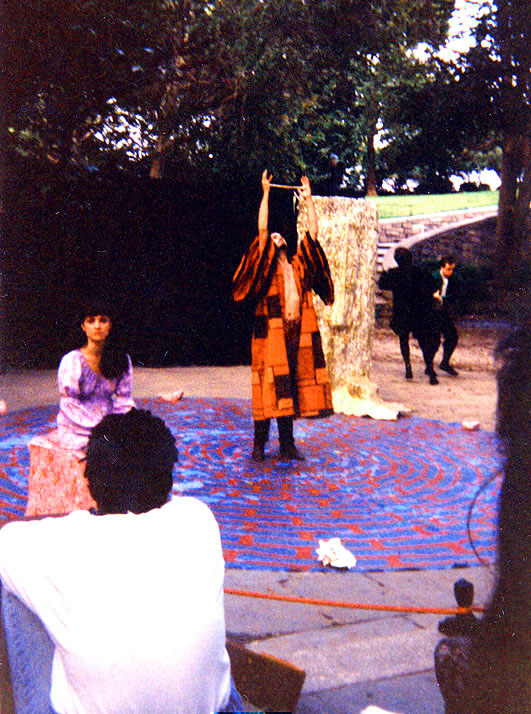 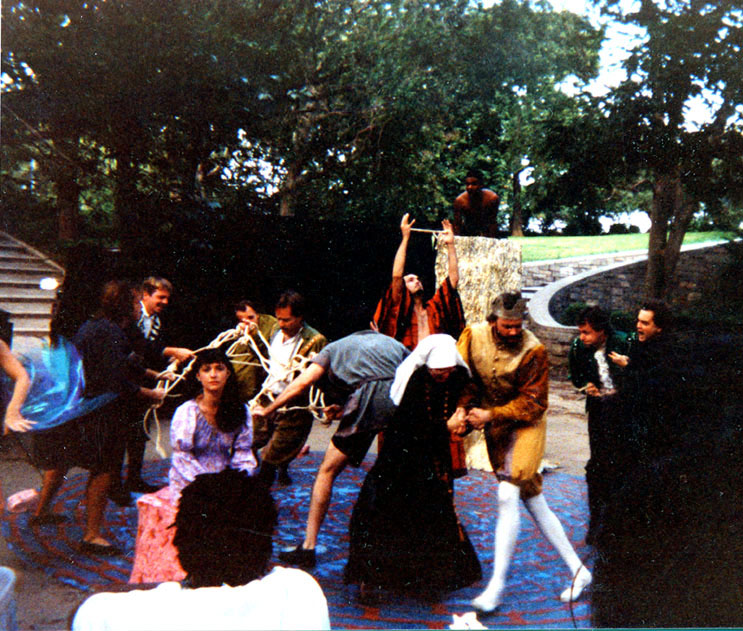