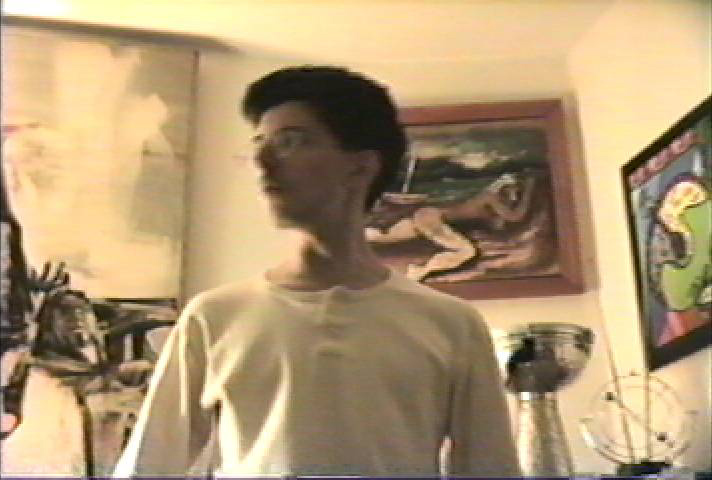 Many of these songs are orphans, available to you through the Cinema VII Adopt a Song program.

* THE PREPARE TO MEET YOUR MAKER SOUNDTRACK RECORDINGS *

All songs Copyright 1967-2005 by Peter Dizozza.  This page is organically under construction as I am always writing more music as it comes to me in my notepad.

I Love the Law (Music from I Love My Girl)

Find Me a River (alternate lyric title: The Dean is on Our Side)

Straight for Your Heart

I Love My Girl

A Good Way to Be

Songs of The Golf Wars (album)

Where Do We Go For Love

Outside the Wake World, Jane's song from Mark of The Librarian (a short novel)

Lazy Eyes (The Prisoner of Zelda)

The Four Comments (The Black Pit Comment and The Other Three)

and, from Witchfinders, White Moon.

A Horse at Sea

Back to the Womb -- newly discovered!

Dealing With My Friends *

Love Song  -- a segment of this song, entitled "Love You Much" appeared in Murder by Music and Gone With The Dot Coms.

* mp3 links to live recordings with Steak and Potatoes (the band)

If You Want Me

Paris Must be Lovely

This piece is title music for Jeff Marino's silent film of T.S. Eliot's poem, "Sweeney Among the Nightingales."

A song about an actor and actress who met during the filming of "Sweeney."

4.   Riveted (sung to someone with an incomprehensibly  expensive cocaine habit)

A mysterious recording of the final section of a 15 minute musical theatre piece about necrophilia.

This early fragment is from a collection of "Revox" Recordings, courtesy of George Sahagan, my first piano teacher.

This recording is Steak and Potatoes' version of the song.  (I joined the band in high school.)

Also a Steak and Potatoes version.

A musical setting of an infidelity poem by Thomas Hardy.

a) from Crimes of the Genital Sense.  ("Hereditary blemishes.")  The person credited with authorship of this limited interest book is Dr. Jacobus X.  The music playing in the background is from the Sleeping Beauty ballet by Sergie Prokofiev.

b) From The Apocryphal Gospel of Thomas the Apostle ("Dost thou not know that I am thine?") Music:  Selection from a Music of Puerto Rico EP (RCA)  ("Mi Loca Tentacion" by Paco Lopez Vidal, performed by Rafel Munoz's Orchestra.  Vocal by Victor Luis Miranda)

14. A Cameo Appearance by Roy Katz:  'Cause I Love You

15 & 16. Songs from The Paul Ratz Show; Book and Lyrics by Richard Vetere

This piece is one of the six piano preludes that precede the "Suicide" Sonata.

I acknowledge credit not otherwise indicated,

This collection, copyright 1989, by Peter Dizozza, is subject to all prior copyrights.

Peter Dizozza's SURE SURE SURE

1. The Night Before the Big Ball

2. You Made Me Love You, Joe Monaco

Paris Must be Lovely

3. Sure It Was Right

4. Wish He Was With You (Stroke the Coals)

12. The Magic of Your Dreams

14. Introducing the Piano in the Exeter University Rec Room.

I acknowledge credit not otherwise indicated,

This collection, copyright 1989, by Peter Dizozza, is subject to all prior copyrights.

Primal (not primitive) beckoning back to a pre-techno era.

Yet, a throw-ahead to an age of self examination in an era

Peter, as always, your material is a refreshing breath of

fresh air in an often-polluted environment of pompous

intellectuousity.  You seem to write for the pleasure of its

creation.  The beauty of your songs lie not in any

simplicity of structure, but rather the depth of self

examination you delve into.

I believe a universality is created when one explores a

sense of wonderment appear to be primary figures in your

Peter, your exploration into the human psyche is as

literary as the ancient writings of Aristotle, Plato, thru

Shakespeare to Kafka and Mann.  Your instrument is the scale

of the piano.  The vehicle is a song.

Willows in the Wild West

1. Trailing:  This is a Run Away from the Relationship Song.

2. Pet:  This song documents a failed attempt at keeping distance between "master" and "pet."

3. Stay With Me:  Is there any reasoning in this request?

5. But Not Forgotten:  The singer reinterprets the old cliche, out of sight, out of mind.

6. Birthday Baby:  The lineage continues right on past the aborted generation in this song.

7. Summerset:  The funeral's over.  It's time to relax on the hammock in the August heat.

8. Purely incidental:  A stroll around the garden.

9. Wish A word:  If you don't speak your mind, others will

assume their wishes are yours.

10. Common pool:  In the bathhouse is the tide pool of life.

or is it just the East Village.

Cruisin' Song from a poem by Susan Davidowitz

You Hurt Me:  Sung by Maria Guccione.

1.   Out at Bay:  You left me stranded out here and my fondness and admiration for you just grows.

2.   Old Again, Young Again:  As did Anne Rice on the dedication page of her Mummy book, I direct your attention to the novel, She, by H. Ryder Haggard.

5.   Crime Wave:  The overflow comin' from an undertow causes the crime wave.  A vocally abusive version from the sound of this recording.

6.   No Sa Mai/The Way International:  After the nonsense words comes the bidding farewell at the work place.  (This particular recording features my father near the end of it telling me I have a phone call.)

8.   Without a Word:  Everyone is old here.  This boy's father is dead, he stands to inherit something, and all he wants is his best friend.  (A four track version)

10. St. Paul Lady:  Tony Evangeliste wrote lyrics about a girl in every city.  Back vocal and then percussion: Tony.

Mozart excerpt.  The Abduction from Seraglio.

"We have to make a tape for Dan Schwartz"

2.     Babies (Have you seen my Baby?)  Early recording.  I was overwhelmed at the time but this song should have two parts.  It begins with the bragging of one of the two babies, and ends with the suggestions of an observant airborn hawk.

3.     Beached (Lunar forces bring two bodies together on the beach during low tide after midnight.)

Don't you think that I?

Don't you think that I? with extension -- slower

again without stopping.  Stiffen the Tie that Binds

Halfway to Nowhere, with Enfant chords

Don't you think that I?   With continuous drum beat.

Amy Sends Me Out There

3.  Out of Control (Adam Vane Version)

14.  Margaret O'Hanlon's Brooklyn with her Brother

That's the Way into

From Girl of the Limberlost

You Never Went (Lyric by Marnie Goltsman)
Heartaches
That's All Folks Instrumental
The Goodbye Years (Going Away)
Out On Our Own
The Line, Now I Draw
The Four Comments
Lazy Eyes
Put Our Love Behind
Amy Sends Me Out There
Someone Like You
Now, Tell Me Now
Out At Bay
Almond Eyes (from ELL 1993 Studio A Recording)
Through the Mirror
Speedy